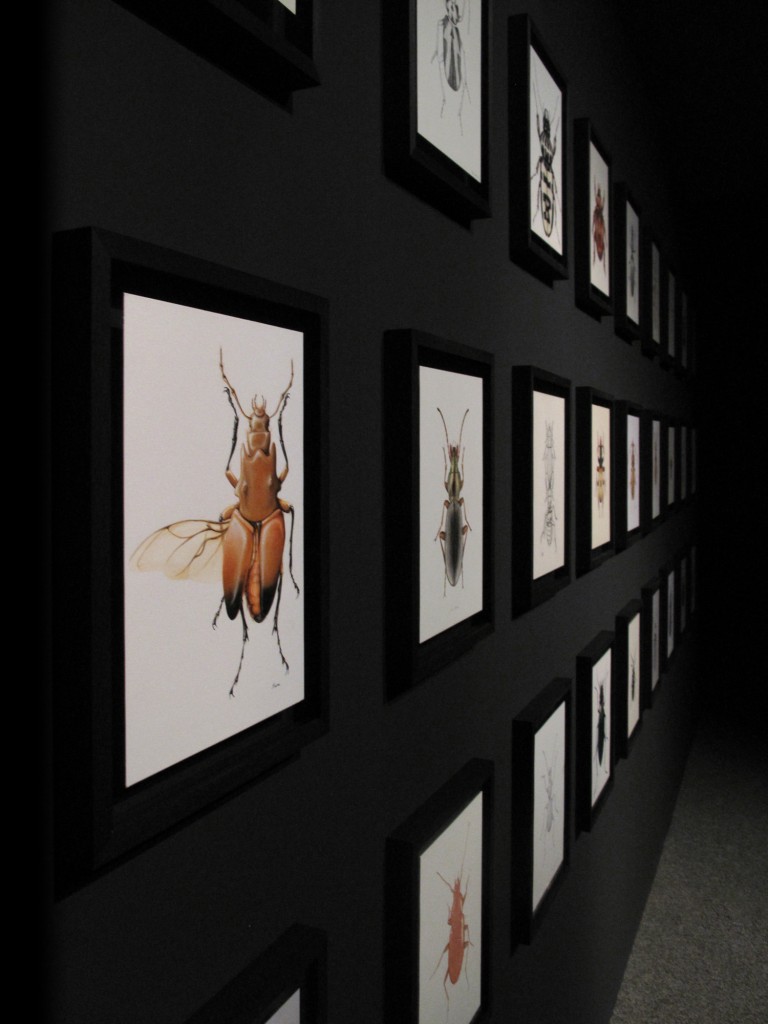 Jasmina Cibic’s projects are conceived as a type of gesamtkunstwerk, including different variations of delegated performance and delegated object making, often combining work by architects, scientists and other professionals as well as factories and craftsmen chosen for their historical and contextual meanings. In the Situation Anophthalmus hitleri project, Cibic investigates two key elements within the construction and perpetuation of national icons and myths: namely their invention and their architectonic dispositive that channels the perception of a spectator. Focusing on diverse historic moments and their part in national myth making, the artist analyses the drive toward new assemblages of icons of national export. The installation which redesigned the gallery space into a cave-like museological display, comprised of a single-channel HD video projection Framing the Space, a video which Cibic shot in Vila Bled, the former summer residency of Yugoslavia’s president Tito. This is a building that continuously served the concurrent national authority and consequently underwent numerous re-designs throughout its lifetime according to the taste of the political elite that resided there. The film projected in a continuing loop presents a dialogue between a journalist and the architect of the building. Based on the architect’s personal archives, the script discusses the successes and failures of art and architecture’s mutual service to national icon making. Above the projection a sculpture was installed, a replica of the modular chandelier structures which were part of the last redesign of the Vila. Within the same space two sculptures were installed – crystal models of the first architecturally coherent national presentation in Slovenia, the never realized 1941 Ljubljana trade fair – that were made in collaboration with a local crystal factory which has been manufacturing protacolarian gifts and national souvenirs throughout the numerous socio-political and nation-state changes on this territory. Within these sculptures, a specific Slovene endemic species was shown – a cave beetle named Anophthalmus hitleri that has recently solely because of its name, ended up on a list of endangered species. Discovered in 1933 and named by a Hitler admirer in 1937, this blind beetle speaks of a inerasable ideological moment as this name cannot be changed. The central wall of the exhibition space was lined with an encyclopedic like display of drawings and paintings depicting the hitleri beetle. Cibic has worked with over 40 internationally established entomologists and scientific illustrators who produced these illustrations, basing their work solely on their experience in the field of entomology and their interpretation of the beetle’s Latin name, without referring to the actual specimen itself.