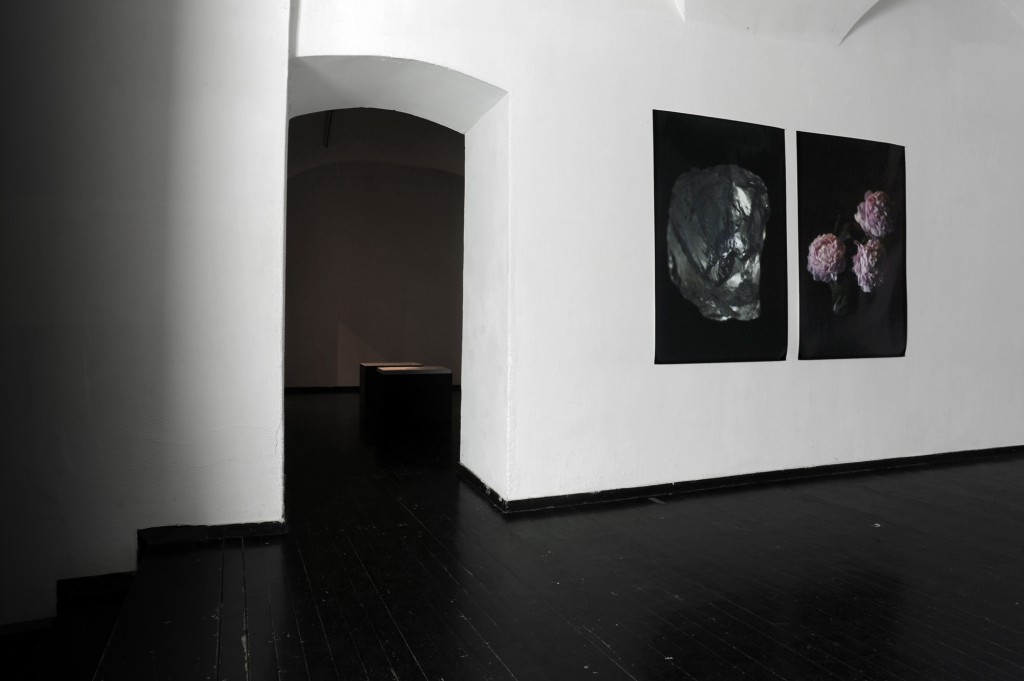 Photographic works by Alexandra Vajd and Hynek Alt, an Invited artist project within the framework of the exhibition The Object of the Spectacle, Škuc Gallery

The installation The Object of the Spectacle utilises the vestibule of the gallery to focus on the space of display itself, which through the artist’s architectural intervention becomes the actual object on display. Jasmina Cibic presents an architectural analysis of Adolf Loos’ Dammenzimmer in the Mullerova Villa in Prague, a modernist boudoir or theatre box, as Beatriz Colomina describes it. By inserting it into a gallery space the artist wishes to inspect and compare its architectonic properties to create a situation where the visitor is placed at the point between seeing and being seen. A person sitting inside the room is able to observe a stranger entering in front of them, the light source being specifically placed behind the sitter, who, illuminated from behind is thus transformed into an unrecognisable silhouette. This is a unique instance of a private space, originating from a feminine ‘space to feel’, the equivalent of which in the public space lies within the art gallery.

Cibic explores further the history of the boudoir’s function – specifically of its early 20th Century role as a space in which objects such as souvenirs and exotic ephemera were displayed. This is before modernism transforms it into almost an observational panopticum from which, with the help of architectural manoeuvres, the sitter in the room is the person to whom everything (within her surrounding) is on display. The wallpaper lining of Cibic’s boudoir reconstruction depicts a collection of decorative motifs – drawings of birds of prey from sources as different as 17th Century encyclopaedias and contemporary Sunday painters. The birds depart from their historical context of serving a basic human function for hunting, move to becoming bearers of luxury status concerned with possession, and finally become ephemeral contemporary spectacle props.

The whole mise-en-scene within the gallery space seeks to fluctuate from prop to sculpture to stage and back, raising questions regarding the spectator’s role with or within each of these situations.